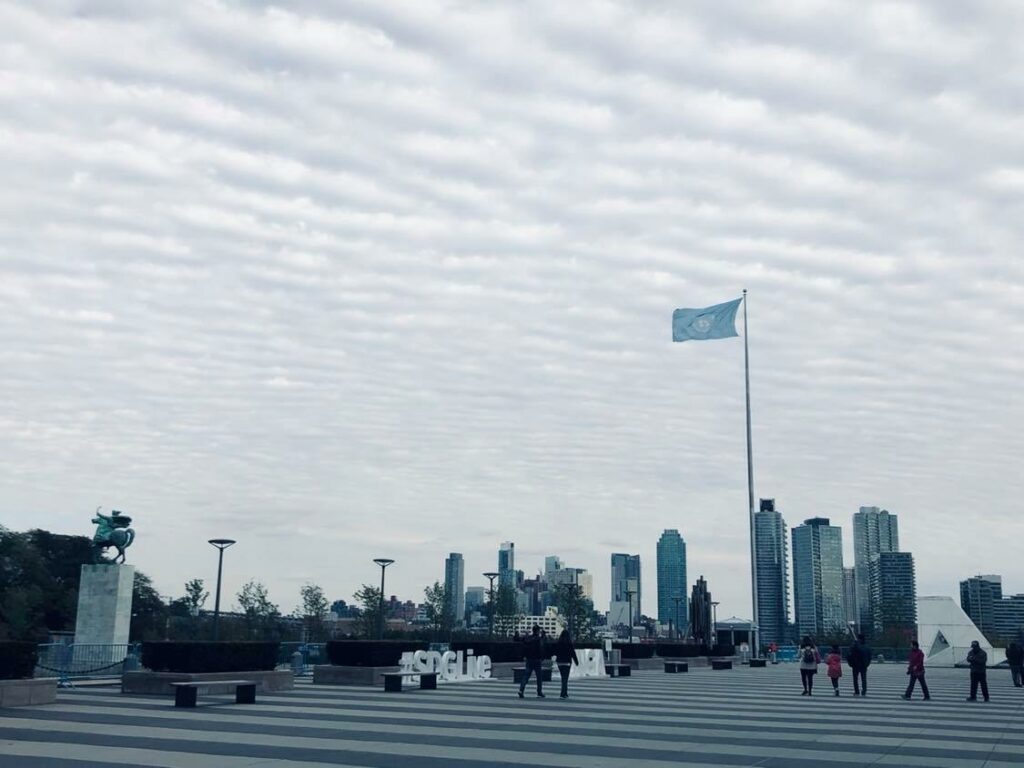 On UN Human Rights Day, 10 December 2020, students, young professionals and young activists from around the world joined together to launch Youth Fusion, a new platform for youth-led actions and initiatives to achieve a nuclear-weapon-free world.

The connection with Human Rights Day was not arbitrary.

In 2018, the UN Human Rights Committee in General Comment 36 affirmed that the threat or use of nuclear weapons is incompatible with the Right to Life as codified in the International Covenant on Civil and Political Rights (ICCPR), and that there are obligations ‘to destroy existing stockpiles’ of all weapons of mass destruction and ‘to pursue in good faith negotiations in order to achieve the aim of nuclear disarmament under strict and effective international control and to afford adequate reparation to victims whose right to life has been or is being adversely affected by the testing or use of weapons of mass destruction, in accordance with principles of international responsibility.’ (See UN Human Rights Committee concludes that the threat or use of nuclear weapons violates the Right to Life).

As such, Youth Fusion invited some young professionals to discuss the issue of nuclear weapons and human rights as part of the launch events for the new platform.

Nuclear Weapons and the Right to Life

“The Right to Life, laid out in the ICCPR, is one of the strongest bases in human rights law to argue for nuclear weapons abolition,” declared Ariana Smith, Executive Director of the Lawyers’ Committee on Nuclear Policy (LCNP).

All of the nuclear armed and allied States are parties to the ICCPR (except China which has signed but not ratified) which means that they are bound by the Covenant and its obligation for States parties to respect the Right to Life.

A Statement of Lawyers Committee on Nuclear Policy in Commemoration of Human Rights Day 2020, highlights that the Right to Life is ‘non-derogable’, meaning that it applies at all times, including during armed conflict. Nuclear armed States cannot legally excuse themselves from this law in deference to ‘national security’ or ‘military necessity’ arguments which they often use to justify the threat or use of nuclear weapons.

As such, Ms Smith affirmed that “The UN Human Rights Committee statement of 2018 has been, and will continue to be, an essential piece in the tool-kit of lawyers, policy makers and civil society advocates, including young people engaging on this issue, and for everyone seeking a safer world without nuclear weapons.”

LCNP and Abolition 2000 have prepared a two-page action guide on General Comment 36  to help youth and others in civil society to better use human rights law in their nuclear disarmament campaigns and to build cooperation with the human rights community.

Christoph Jaschek, Research Assistant for the World Future Council, noted during the Youth Fusion event that General Comment 36 opens the door to taking action in UN Human Rights Bodies to challenge the policies and practices of nuclear armed and allied states. This includes specific action in the periodic reviews of Member States’ adherence to the ICCPR and also their adherence to other human rights treaties that affirm the Right to Life. These treaties include the Convention on the Rights of the Child, Convention on the Elimination of All Forms of Discrimination against Women and the Convention on the Rights of Persons withDisabilities.

LCNP has already organised statements to the ICCPR during the periodic reviews of USA and Russia, challenging their nuclear policies and practices. Youth Fusion is joining with World Future Council and others in upcoming submissions to the human rights bodies on the policies and practices of other nuclear armed and allied countries.

Taking the nuclear weapons issue into these human rights bodies can have a three-fold impact. Firstly, it provides a forum to legally challenge the nuclear armed and allied states policies. Secondly it gives additional support to political and legal forces within those countries that are trying to move policy forward. Thirdly, it provides an opening to engage the broader civil society human rights community, most of which has remained silent until now on the issue of nuclear weapons and human rights. This can only strengthen the nuclear abolition movement.

According to Ariana Smith, the severe human and environmental consequences of the testing and production of nuclear weapons violate additional elements in human rights law, as does ‘the disproportionate impact of these practices on women, children, people of colour and indigenous peoples.’ These human rights elements have been recognised in the Treaty on the Prohibition of Nuclear Weapons which enters into force on January 22, 2021.

The connections of nuclear weapons to the wider body of human rights and human rights law provide further legal argument and can generate additional political traction for nuclear disarmament.

The COVID-19 pandemic has made more obvious the connections between nuclear weapons spending, the Right to Health and the Right to Life. Nuclear armed States allocated approximately $100 billion to their nuclear weapons programs in 2020, whilst medical facilities and equipment to save lives from the pandemic were lacking due to insufficient resources, and poorer communities in the nuclear-armed states suffered devastating economic and health consequences from job losses and lack of financial support.

“We call on nuclear weapon states to urgently reinvest vastly-inflated nuclear weapons budgets into global human health and security through sustainable development and climate mitigation measures, and, in particular, to redirect funds to effective management of the Covid-19 pandemic.”

Youth Fusion is actively promoting this connection through the Move the Nuclear Weapons Money social media campaign. Below are a couple of examples.

Nuclear Weapons and the Rights of Future Generations

Another emerging body of human rights law that is relevant to nuclear weapons is that of the Rights of Future Generations. These include environmental rights (sustainable development), bioethical rights (protection of the human condition) and economic rights (ensuring economic justice and sustainability into the future). The concept of Rights of Future Generations extends the timeframe of law from the present into the future to include the long-term protection of populations and species.

Young (and some not-so-young) human rights, climate and disarmament activists are using this law in their campaigns and legal actions. In the climate arena this includes legal cases such as Urgenda v The Netherlands Government and Juliana v the US Government where the plaintiffs argued their cases on behalf of current and future generations. In the nuclear weapons arena this includes 1996 International Court of Justice Advisory (ICJ) Opinion on the Legality of the Threat or Use of Nuclear Weapons and the International Peoples’ Tribunal on Nuclear Weapons and the Destruction of Human Civilisation.

The International Peoples’ Tribunal was a mock tribunal where the judges considered the growing body of human rights and environmental law protecting future generations, and concluded that ‘…the widespread damage by nuclear weapons… environmental, ecological and genetic, would be on such a scale that the fundamental human rights of those future generations and the legal protections afforded them would be totally breached.’

For further background on this issue see Nuclear Weapons and Law for the Future: The Application of Principles Protecting Future Generations in International Tribunals.

As Ariana Smith commented at the Youth Fusion launch: ‘Youth engagement and advocacy on this issue is crucial and not to be under-estimated. Youth are often referred to as the leaders of tomorrow. However, young people are here, now as leaders of this very moment, with voices being heard. Inter-sectionally listening to these voices – the voices of youth, marginalised communities, and those affected by nuclear weapons around the world, and not just the voices of the white Western leaders who have built the nuclear weapons – is essential.’

And for a closing comment, let’s look again to the LCNP December 10 statement which notes that:

“For current and future generations alike, we must collectively and intentionally invest in systems that affirm human rights rather than threaten humanity. Fundamental human rights form the bedrock of a thriving society, and the mass destruction caused and threatened by nuclear weapons is irreconcilable with a world that values the rights and dignity of all persons without discrimination.”