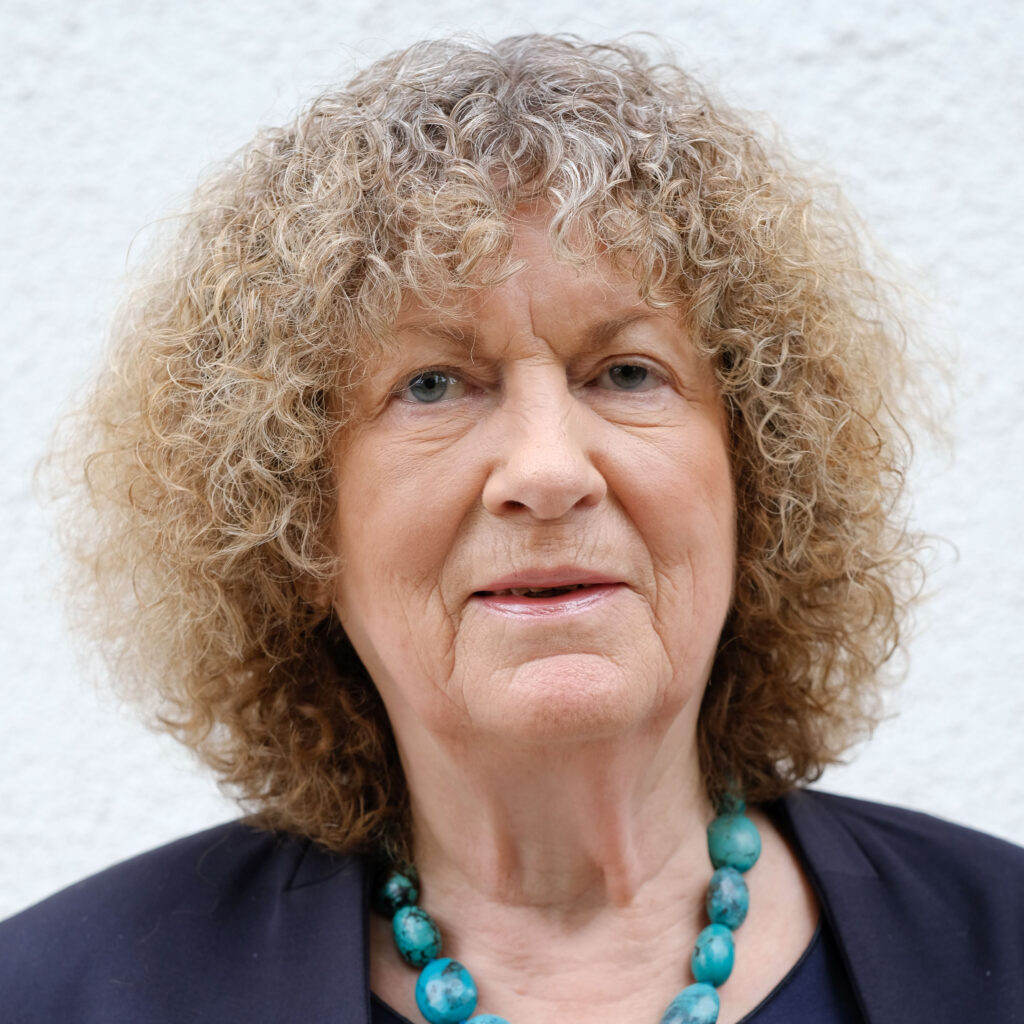 This interview is part of the Youth Fusion Elders series which highlights the importance of intergenerational dialogue and offers the reader a chance to learn from the experience of those who have been long-time and effective leaders in the peace and disarmament fields. The Youth Fusion elders initiative is inspired by a number of cultural traditions which affirm those community members who have considerable wisdom and experience.

In this interview, German politician Uta Zapf speaks about her own motivation and experience serving 23 years as a member of the German Bundestag. She also talks about NATO’s role and the Treaty on the prohibition of nuclear weapons (TPNW).

Christoph Jaschek: Why did you choose to become a politician?

Uta Zapf: I think there were several motives for me to choose to become a German politician.

First reason: my generation. I was born in the middle of World War II. In 1945 I was expelled from my hometown, Liegnitz, which is now part of Poland. At the age of four we had to flee with a treck heading west. I am a refugee. I think this fact was important for me to join my party, Social Democrats, during the time of Willy Brandt in 1972. His vision of reconciliation and of detent was fascinating for me. From an early age on I was very much aware of the horrible crimes of my country during the time of the Hitler regime. Reconciliation seemed the only way to gain peace in Europe.

I did not engage actively at once. I was a student, married, with a child, and I had to earn money. But in 1977, after moving to a new town, I started to engage. My first dedication was as chair of the local working group for women of my party. This was rather successful: I was not satisfied with baking cakes for summer parties and other services, but I tried to fight for women’s rights, for integration and human rights. In 1981 I was elected to the board of the county district South Hesse of our women’s organization. We fought for more political participation and integration of women in political mandates.

This was the time of the NATO-Double-Trace Decision and I began fighting against it. In 1983 I was elected to the board of the county branch of my party in South Hesse. I took over the Working Group on Peace and Security. So nuclear policy became one of my main issues.

In 1983 I decided to run for the Bundestag in my constituency – which was vacant. It was my first trial and it took two more to attain candidacy. I was elected in 1990. Since then I have served for 23 years as a member of the Deutsche Bundestag – and enjoyed every minute of it! In 2013 I stood down and left the Deutsche Bundestag. But I still work on issues of peace and security with my party. I am still chair of the Working Group on Peace and Security and since 2003 I am one of the spokespersons of the Forum Eine Welt (Forum One World).

CJ: Which role should Germany and the EU play in the field of nuclear disarmament?

UZ: The role of Germany in the field of nuclear disarmament is complicated, because within the European Union we had two nuclear states until Brexit, but with France as a member relying very much on its Force de Frappe and nuclear power, it is hard to implement a pure policy of zero nukes. The same is true with our membership in NATO. The European Union and Germany should renounce nuclear weapons and implement a policy of denuclearization.

As a member of the Deutsche Bundestag and as a party member I have always fought for arms control, disarmament and non-proliferation. I joined the Sub-Committee on Arms-Control and Disarmament as a member in 1990 (and became its chair in 1998) in order to fight nuclear arms. I joined PNND (Parlamentarians for nuclear non-proliferation and disarmament) and became a co-chair in 2008.

In 2010 the Deutsche Bundestag voted unanimously for an interparty resolution asking inter alia our government to get rid of all US nuclear weapons in Germany and join the negotiations on a Treaty on Prohibition of Nuclear Weapons.

I wish Germany and the European Union would enter into this treaty.

CJ: During the 2014 summit, all NATO members agreed to spend 2% of their GDPs on defense by 2025. At the moment, Germany’s military expenditure accounts for less than 1.4% of its GDP. Should Germany increase its military budget in order to comply with NATO guidelines?

UZ: No, Germany should not increase its military budget to comply with NATO guidelines. First, I do not think you can compare the budgets of nuclear weapons states to non-nuclear weapons states because nukes are more expensive. Second: for providing peace and security you do not only need military defenses, but you need a lot of investments in the economy, social welfare, environment protection, to fight climate change and for development aid. If we can implement the UN Agenda 2030 and all Sustainable Development Goals, we can do much more for peace and security than by increasing our defense budgets. Crisis prevention and climate protection in addition to good diplomacy and global solidarity will do more to bring around peace than any weapon can do.

CJ: In September 2020, the United Nations celebrated its 75th anniversary. How can its role in achieving a nuclear weapons free world be strengthened?

UZ: I think the role of the United Nations is more than achieving a nuclear-weapons-free world. It is the organization to protect a rules-based world. It is the organization to protect human rights and prohibit war. In this context we should strengthen its role as a functioning institution – right now it is not. Reforms are urgently needed. The United Nations have an important role in achieving a nuclear weapons free world as a guardian of the NPT (Treaty on the Non-Proliferation of Nuclear Weapons). We have to support the Secretary General and all in charge of the Review Conference in 2021 to make it a success. Otherwise, it will be difficult to prevent more countries from achieving nuclear weapons.

CJ: What is your opinion of the Nuclear Weapon Ban Treaty TPNW that entered into force on 22 January 2021?

UZ: I was very glad to hear that the TPNW went into effect. More than 50 states have joined it and they keep coming: the Philippines ratified on February 1. The treaty is setting a moral sign. It makes nuclear weapons illegitimate. We should remember the opinion of the International Court in 1996 on the use of nuclear weapons and the humanitarian consequences that were discussed in conferences in Oslo and Nayarit (Mexico) in 2013 and 2014. This treaty will have a similar impact like the Convention on Landmines and the Convention on Cluster Ammunition. Nuclear weapons will become more and more delegitimized. But we must not forget to go on pressing our governments and informing the society.

CJ: What can we – as the young generation – learn from the Elders?

UZ: Young people can learn from our experiences – good and bad. Listen to older people but not uncritically. From my parents’ generation I learned a lot what not to do. From my generation one can learn how to reform society: female rights, LGBT rights like gay marriage and fight against racism, protection of democracy and human rights – all still relevant today.

CJ: Now the other way around: Is there something your generation can learn from us?

UZ: We have to listen and to discuss with young people. We have to respect them and accept their needs. What young people can teach us is to protect the future of coming generations. Fridays for Future is a very good example.

CJ: Is there any advice you would give your 25-year-old self?

UZ: Advice for my own 25-year-old self: speak up, have self-confidence, respect others.

CJ: Thank you very much for this inspiring interview.

This inverview was carried out by Christoph Jaschek, a Youth Fusion member and program assistant at World Future Council.