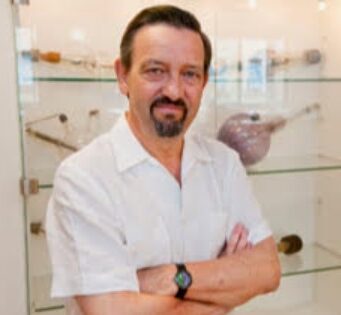 This article covers the interview of Professor Andreas Nidecker, MD, the president of Basel Peace Office and an early member of International Physicians for the Prevention of Nuclear War, as well as an outstanding peace activist. This interview was conducted by Youth Fusion member Arthur Duforest in the context of the Youth Fusion Elders Project in April 2021 and is available here or on your preferred podcast platforms. The Youth Fusion Elders project highlights the importance of intergenerational dialogue, and of learning from the experience of those who have been long-time and effective leaders in the peace and disarmament fields.

The first topic discussed was the issue of nuclear power for electricity production. Dr. Nidecker highlighted the resource cost in time and money needed to build a nuclear power plant as a source of energy, but also stressed the very concrete risks, both active in the event of a failure like we have seen in Fukushima and Chernobyl, but also the passive risk with increased cases of radiation related health issues in the areas surrounding power plants. Emphasizing the concrete steps taken in the field of renewable energy production, but also the cost and implementation of green energies being much lower, in a context of increased energy demand and global warming, there is no doubt for Dr. Nidecker that the path forward will be much more sustainable if carved with renewables rather than nuclear.

Drawing on the failures of nuclear deterrence and its shortfalls when deterring violence like cyber warfare, terrorist attacks, or armed conflicts, and the overall armament attempts from nations like North Korea or Iran to implement nuclear deterrence, nuclear weapons make the world less safe and are, like nuclear energy, tools of the past.

“Dialogue is the only solution to solve conflict.”

The cost of nuclear weapons struggles to be taken into consideration politically by western countries like the US, France, and Great Britain, and civil societies often fail to consider it an issue worth bringing up to politicians; this issue is more often ignored in countries like Russia and China where the lack of transparency keeps the citizens away from understanding how much their state spends on nuclear weapons. However, steps are being taken to bring up the cost of nuclear weapons like the “Invest in Cures Before Missiles” (ICBM) act that is being presented by PNND Co-President Senator Ed Markey and Rep. Khanna to the US congress (read more about this here). You can also learn more about the “move the nuclear weapons money” campaign, that quantifies the vast amount of money spent on upholding the nuclear weapon arsenal by imagining which sustainable investments could be made with the nuclear weapons money (here).

Beyond the intergenerational approach taken by Youth Fusion, Dr. Nidecker mentioned the need for an interdisciplinary take on the issue of nuclear proliferation, where doctors like himself have worked to spread awareness around the health-related risks of nuclear weapons. Lawyers furthermore have the ability to write laws and help draft legislation that will impact the cause, and politicians have the platforms to pass these into law. This interdisciplinary circle should also involve businessmen, contractors, teachers, and civil society at large, to include as diverse a range of opinions and expertise as possible.

Focusing on reaching and engaging youths, Dr. Nidecker mentioned many different projects. The “nuclear games” project highlights the impacts that uranium mining, nuclear energy and nuclear weapons have had around the world, drawing on 5 true stories depicting various human interactions with nuclear materials: Uranium mining in Niger, the Cuba Crisis, the US Nuclear tests on Bikini island, the Chernobyl disaster, the status of North Korea. These stories will be tied to factual notes that have an educational purpose at heart. The PACEY Awards, created by the Basel Peace Office to support outstanding and innovative European and global youth projects or proposals on action for the climate peace and nuclear abolition, gathers hundreds of volunteer projects every year – celebrating youth engagement and encouraging youth participation with these core issues.

Dr. Nidecker concluded by highlighting the importance of youth engagement in civil society and in politics.

“Your generation will still be living under these risks and paying for the cost of nuclear weapons and of nuclear power if we don’t shut them down – you should have an inherent interest to become and remain active.”

We hope that this article inspired you to join or look into some of the projects mentioned, the full interview is available in audio format (here). Make sure to share and follow Youth Fusion on social media for more content like this and to be informed whenever inspiring conversations are released.